Country Johnny Mathis, not to be confused with the pop singer of the same name was born September 28, 1930 in Maud, Texas, was known as both a Country Music songwriter and artist. He grew up the middle child of 7 children as the son of a holiness preacher. He learned to sing and play guitar in his dad’s church and the family picked cotton to make ends meet. By the time Johnny was 15,  he quit school and began playing in the honky tonks around Texas. He discovered music was a good way to stay out of the cotton fields and have “perpetual fun” (as Johnny termed it).

‘Country’ Johnny Mathis, as he was labeled early in his career to distinguish himself from the other emerging singer of the same name, began his career as a recording artist on the StarTalent label in 1949. He would go on to record for a number of record labels during his music career including Chess, Jim Bulleit Records, Columbia, D Records, Starday, Mercury, Decca, United Artists, Little Darlin’, Hilltop and Stonegate. As a part of the duet, Jimmy and Johnny, he scored a Top 5 Billboard Chart hit in 1953 with the song, “If You Don’t Somebody Else Will”, released on Chess Records. In 1955, on the heels of their chart success, Jimmy and Johnny were teamed with Elvis Presley for tour dates as both acts continued their weekend appearances on The Louisiana Hayride. Both Jimmy and Johnny and Elvis received Most Promising nominations in Billboard Magazine’s Most Promising Artists category for 1954.

Johnny’s highest charting single as a soloist, “Please Talk To My Heart” (Billboard Hot Country Singles Top 15), occurred while recording for United Artists in 1963. (Mathis also recorded several Rockabilly sides for D Records under the name of Les Cole & The Echoes. The most notable being “Bee-Bopping Daddy”.)  Johnny was a regular performer on The Louisiana Hayride during the 50’s, he also performed on the Big D Jamboree, The Grand Ole Opry, The Wilburn Brothers Show and TNN’s Nashville Now  to name a few. Johnny contributed interview segments and his song “Let Me Go Back One More Time” was featured in the 1980’s Louisiana Hayride documentary, Cradle Of The Stars, narrated by Hank Williams Jr.

Like many songwriters in the 50’s, Johnny sold his writer’s share to dozens of songs.  Johnny estimated that he sold 50 or more songs during that time. Sometimes he would give them away.

He sold the song, “Am I That Easy To Forget”, outright for $15. The song does not bare his name in the writer’s credits, and later became a Country Music standard and awarded the BMI Million Performance category achievement. This act of “selling songs” was a common practice during that time period in Country Music for songwriters.

In 1964, after almost 20 years in Country Music, Johnny had a spiritual turning point in his life while driving down a Texas highway. So on the heels of a record deal with United Artist and a Billboard Top 20 Country single, as well as a nomination for“Most Promising Male Vocalist” by Cashbox Magazine the previous year, he detoured from his career in Country Music  and returned to his roots of faith to sing and evangelize in churches across the country.

In 1966, Johnny was contacted by Aubrey Mayhew, who was a big fan and wanted to sign Johnny to his new label, Little Darlin’ Records. For the remainder of the 60’s, he recorded several Gospel albums as well as writing and recording Country songs, mostly about love.

In 1967 Johnny met Louisiana native, Jeannie McLain, they married in 1968 and had 3 sons.  Johnny spent time during the early 70’s still recording a few Country records and working with The Hubert Long Agency, still doing some tours and appearing on the Grand Ole Opry but by the 80’s and 90’s he was mostly singing Gospel music and evangelizing in churches across the country.

He was a devoted father, passing along his love for music, faith and dedication, to his sons John Jr, Bill and James and a daughter, Sherry. Many times he would take his young musicians to the local nursing homes to play music.

A visit in 1980 from his old producer, Aubrey Mayhew, talked Mathis into moving to Nashville to write for Mayhew’s publishing company, Dream City Music. This stint lasted for a year but landed the Mathis family permanently in Tennessee where Johnny continued to write songs and make records until a massive stroke in 1999 which led to his passing in 2011.

In a final tribute at his, many media outlets such as WSM, KWKH and television news networks acknowledged Johnny’s passing, which included  commentary from the host of the Mike Huckabee Radio Show, Mike Huckabee.

Johnny’s eldest son, John Mathis Jr., continues to manage 140 copyrights of his songs in the Avid Group Publishing catalog placing Johnny’s music on new recordings and in film, TV and commercials such as CBS’ ‘Young Sheldon’ and Michelob Ultra’s 19th Hole commercial in 2022.

‘Country’ Johnny Mathis left a legacy in so many areas, from music to faith to family. He is missed but the celebration of his life and music live on through his family, friends and followers of his music.

Johnny had began to chronicle some of the stories of his career in his memoirs prior to his stroke, he didn’t have the opportunity to finish those, but excerpts from his writings are shared in blog posts on this site and possibly a future audio book, podcast or documentary. 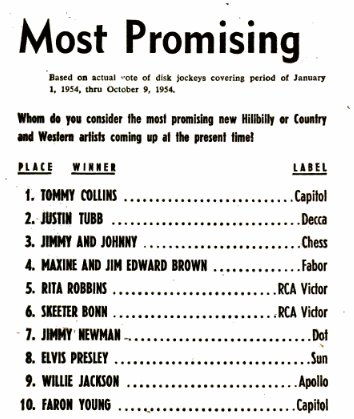