It has been a while since any new music from Country Johnny Mathis has been released to the public, until now. ‘Classic Country Music – Vol 1’ is scheduled to release to all major digital retailers as well as being made available through Amazon On Demand allowing for the retail offering of CDs.

This new release contains 12 songs, all from Johnny’s career during the 1960’s. Songs that were recently obtained by reviewing old 1/4 master tapes on reel to reel. During this process, several never before released tunes were found!

John  Jr. commented, “Personally, it’s been so much fun going through these masters simply because it’s my dad and I love his music. But to find songs I’ve NEVER heard before after hearing his songs all my life was a big surprise and a huge thrill! I was baffled at some of them, they’re great songs, great performances from my dad and great recordings. I thought ‘how did this get buried and forgotten?’. Then I was actually glad they did! It’s been almost 2 years to the date since his passing and it’s been like hearing him sing something ‘new’, although these recordings are about 50 years old now. It’s been such a fun adventure pulling all this together, creating something for Classic Country fans and preserving this for the family and their children and their children. I’ve let some of my music business friends hear a few previews…producers, some who are GRAMMY winners, but all have  worked on big projects….and all have given high praise and compliments to the caliber of these recordings. So I can’t wait for everyone to hear this!”

The process of reviewing old masters continues and Volume 2 is already in the planning stage! 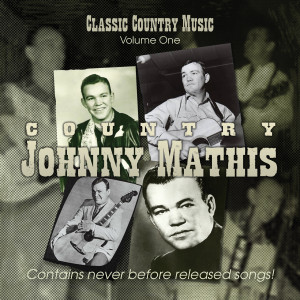