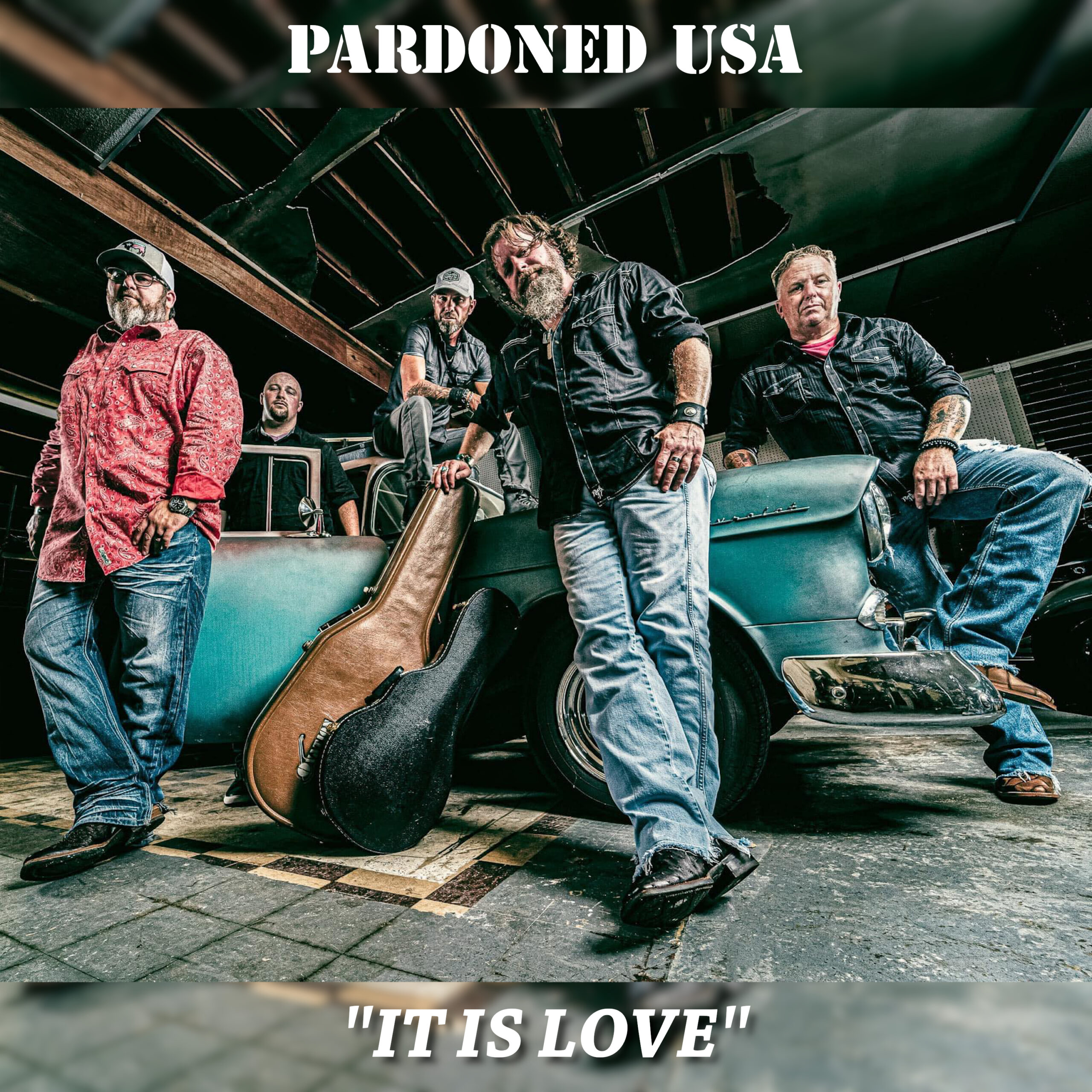 When Pardoned USA went into the studio with Josh Bright to record and produce some new material, they hand picked a song from the late 1960’s written by Country Johnny Mathis, “It Is Love”. The song was originally released on a Country Johnny Mathis album in the late 60’s along with many other songs addressing the protests, and the social unrest at the time. The group felt that some messages of overcoming the issues a society faces are timeless, so group member Rusty Rowan begin to work with Josh Bright on an arrangement that had that gritty, Country drive the group had become know for. The result was the release of the song on April 9, 2021 to all digital outlets and Christian Music radio by Mansion Entertainment.

The results, thousands of new music fans received the message that the world still needs love!