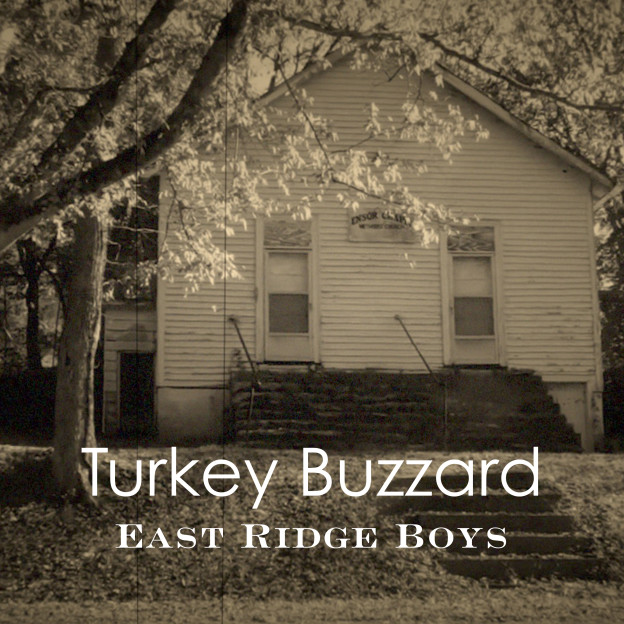 The East Ridge Boys new radio single, “Turkey Buzzard”, was released to radio outlets, social media and all digital streaming services on Friday, September 13th. The song is a fun, light hearted story with a deeper message behind the humor. The group hails from Lick Creek, KY and consist of group members Richie Rose, David Taylor and Fonso Fields. Their mountain roots and bluegrass music heritage runs deep and garnered success on their previous single, “Oh Dear Sinner”, which spent 5 months on the Singing News Bluegrass Gospel Top 10 chart, peaking at Number 2 for two months in a row.

“Turkey Buzzard” was originally written by the multiple BMI awarded songwriter, ‘Country’ Johnny Mathis. Since the 1950’s Johnny’s songs have been recorded by a long list of artists such as George Jones, Charley Pride, Ray Price, Johnny Paycheck, Brad Davis and many others.  10 Country Music Hall of Fame Inductees would eventually record Johnny’s songs. Johnny had two co-writes with Jones on the 1964 Billboard Charting album, ‘Bluegrass Hootenanny’, by George Jones and Melba Montgomery. One of those songs, “I’d Jump The Mississippi”, is still being covered in bluegrass circles today.

Mansion Entertainment’s John Mathis Jr. (and Johnny’s oldest song) commented on the story behind the release, “This song is a bit of a posthumous co-write with my father. It’s a song he used to sing in the Mathis Family band when me and my brother’s were in our teens. When I started working with the East Ridge Boys last year this song came to mind, so I rewrote a chorus and a few lines in the verses, and just thought it would make a fun bluegrass song. People always loved it when my dad performed it live and it’s fun to see the response it’s already getting on social media. And it has a great message about devotion and support of your church that kind of gets slipped in on you. The East Ridge Boys did a great job giving it that old traditional feel. And it was just one of those many songs of my dad’s that had just been waiting for the right time to find new life and be shared once again.”

UPDATE: “Turkey Buzzard” became a Top 10 charting song on The Singing News Bluegrass Gospel chart (#2) and a #1 on the SGN Scoops Bluegrass chart.